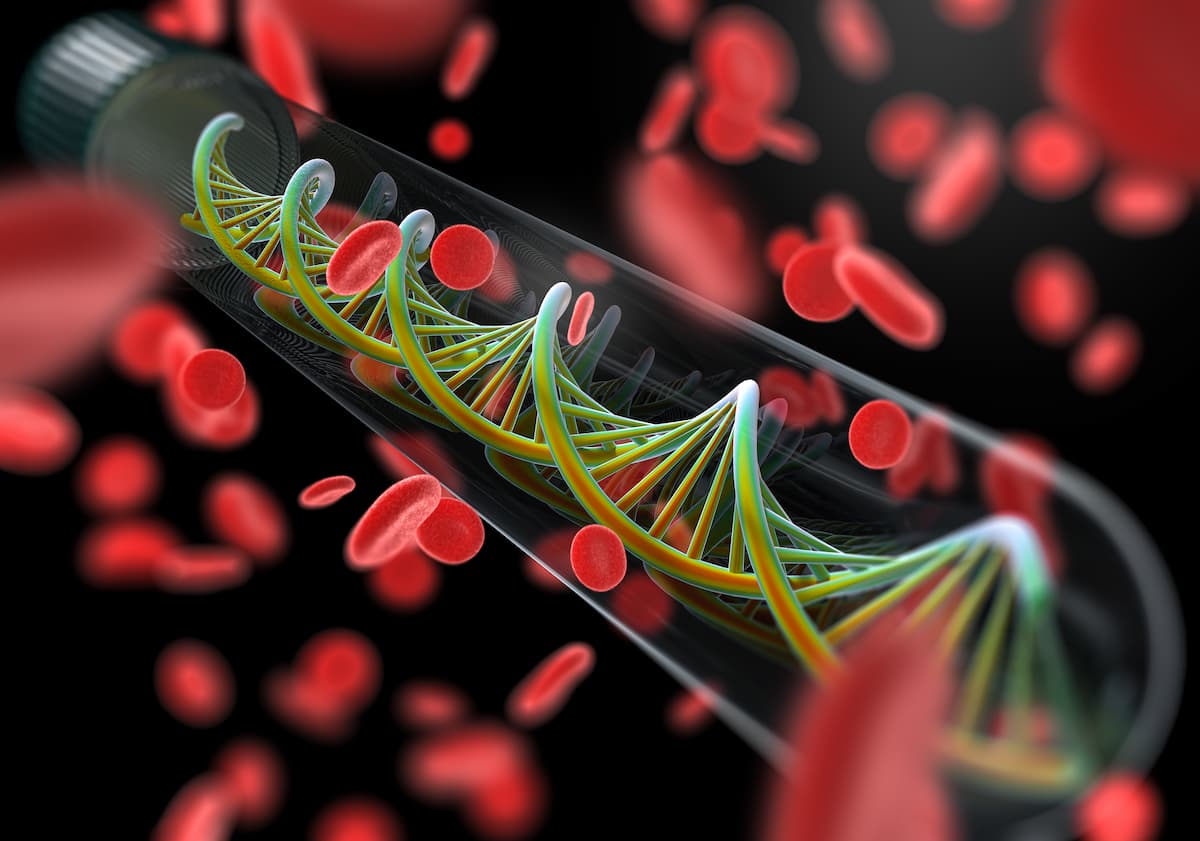 A one-time kinetic MRD analysis can be an indicator of the natural history, progression, and outcome of MCL

Point and kinetic analysis of minimal residual disease could be a robust predictor of the natural history of mantle cell lymphoma and could represent an adaptable model for the ongoing assessment of patient risk.

Investigators noted that MRD was predictive of both early progression and long-term outcomes in patients with MCL who were treated with lenalidomide (Revlimid) in maintenance or observation after autologous stem cell transplant (ASCT), particularly at 6 months (ASCT; HR, 3.83; P <.001 additionally the results of a one-time analysis indicated that bone marrow was more reliable than peripheral blood. while real-time quantitative polymerase chain reaction found to be nested pcr applicable large group patients versus respectively>

It was hypothesized that the performance of MRD could be improved by developing a time-varying kinetic model based on the updated MRD results and the International Mantle Cell Lymphoma Prognostic Index with an area below the receiver operating characteristic curve (ROC) greater than 0.87 in bone. bone marrow. The area under the ROC curve was 0.81 in peripheral blood and was similar with kinetic analysis.

The study was carried out using several biological sub-studies, including 4351 analytical results that allowed comparison of methods, tissues and predictive values ​​at different time points. It also allowed the development of a kinetic model for outcome prediction to circumvent a handful of limitations seen in point-in-time analyses.

FIL-MCL0208 evaluated the efficacy of maintenance lenalidomide over 24 months versus observation in a population of young, fit patients with MCL after first-line high-dose chemoimmunotherapy and ASCT. The clinical trial and the MRD study were approved by the ethics committees of all the centers of registration.

A total of 300 patients were included in the study from 2010 to 2015. More than 99% of the reference samples were successfully centralized in the MRD laboratory. A total of 1184 bone marrow samples and 1170 peripheral blood samples were collected during the treatment and follow-up periods. Compliance ranged from 90% to 95% after ASCT and from 65% to 70% during the last time points. Appropriate detection of MRD was achieved in 83% of cases (n=250/300). In the population of 250 patients with detectable MRM, 6% did not have follow-up specimens due to early discontinuation of treatment.

Of the remaining patients, 225 had diagnostic equipment that could be used to establish a standard curve for RQ-PCR and 184 had an acceptable standard curve. Within this population, 96% had at least 1 follow-up sample available for MRD analysis by RQ-PCR. Conversely, 25% were evaluable by nested PCR. The investigators generated 2351 nested PCR results and 2000 evaluable results by RQ-PCR.

In the population included in the MRD molecular analysis (n=250), 23% had high-rise and BCL1/IGH61% with high-rise only, and 16% with BCL1/IGH only. Among these patients, 98 time-to-progression events were reported. Patients without a marker or BCL1/IGH alone were found to have significantly lower tumor infiltration of baseline specimens in bone marrow histology and bone marrow 4-color flow cytometry compared to other groups (1% vs 12%; P P <.001 additionally these patients had better clinical characteristics such as less bulky and stage iv disease lower ecog performance status mcl international prognostic index. this translated into a more favorable ttp rate at versus respectively>P = .002). high-rise rearrangements were preferentially used for MRD analysis when both markers were available.

Regarding other outcomes, investigators noted that rates of negative bone marrow MRD went from 30% after rituximab (Rituxan) plus cyclophosphamide (R-CTX) to 53% with rituximab and cytarabine at high dose (R-HD-ARA-C) and 56% with ASCT. More robust MRD clearance was noted in peripheral blood (47%) compared to paired bone marrow samples (79%). MRD negativity rates after each treatment were 36% after R-CTX, 74% after R-HD-ARA-C, and 83% after ASCT in bone marrow versus 49%, 88%, and 91%, respectively, in the peripheral blood (P <.05>