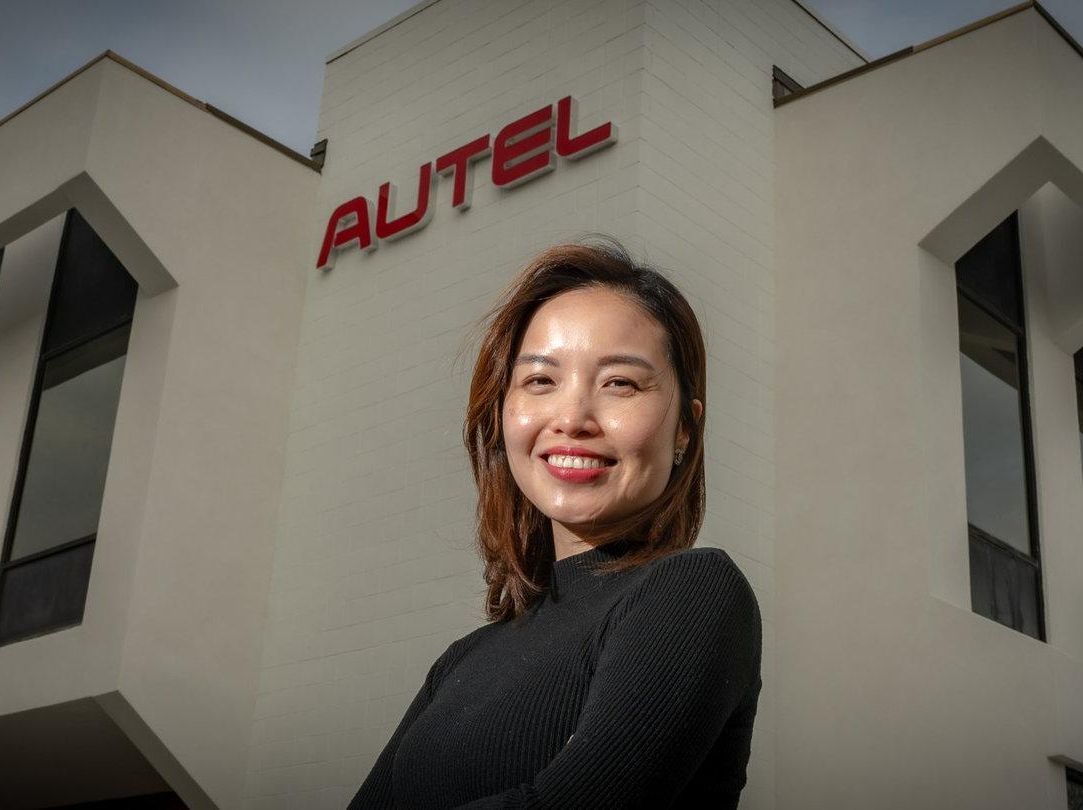 Autel US Inc., a developer and marketer of automotive diagnostic tools, has come a long way since it started in a Huntington home behind a gas station 10 years ago.

The local company, a North American subsidiary of Autel China, was established in 2011 with just a handful of employees. It has since grown to 75 local employees, 35 remote workers and is expected to hit $170 million in sales this year. For Chloe Hung, the company’s chief executive and Farmingdale State College alumnus, the growth has been pleasantly surprising.

“We’re definitely growing a lot,” said Hung, 37, of Seaford. The company has grown 15 to 30 percent every year since its launch, she said.

Autel, known for a range of car diagnostic products – including engine code readers, a range of diagnostic tablets and tire pressure monitoring sensors – sells the tools to repair shops, dealerships and retailers like Advance Auto Parts and O’Reilly Auto Parts, nationwide. It recently added electric vehicle chargers to its lineup.

Since its inception, the company’s product lines have impacted the auto service industry, said Ed Kizenberger, executive director of the Long Island Auto Body Repairmen’s Association, which has about 500 members locally.

“Some cars now have technology that requires a degree in computer science to understand what’s going on in an engine’s diagnostic system,” he said. “Autel equipment helps read diagnostics and helps the industry fix these complicated new cars.”

As part of Autel’s growth, Hung now oversees Autel’s relocation and expansion from Farmingdale in a new 50,720 square foot, two-story facility at 36 Harbor Park Drive in Port Washington that will serve as the new corporate headquarters.

The facility – which will house the company’s large technical and customer support team, marketing, accounting and warehouse staff – will also require the company to hire more staff over the course of the year to come, Hung said.

“We need more manpower and we plan to hire 50 more people,” she said.

Despite her role as a longtime employee in the company’s growth, Hung – who moved to the island from Hong Kong 19 years ago – said it was still hard to believe how things had changed.

“I can’t believe it either,” she said.

After graduating with a business administration degree from Farmingdale in 2006, Hung held a series of office jobs, including a stint with an engineering company. She took time off work to start a family, then took a part-time job as a bank teller.

It would be soon after that her cousin, a professor at Farmingdale, would recommend a job offer as a secretary who could speak both Chinese and English.

“My cousin said, ‘Listen, there’s a job opportunity where you’ll be the secretary of this Chinese company,'” Hung said.

When she showed up to meet then-CEO DeLuca for the first time, Hung was shocked to find only a gas station with a residence and garage behind it.

“When I went to the gas station, I asked where Altar US was and they said, ‘Go to the back house,'” Hung recalled. Somewhat reluctant, she showed up for the interview, landed the job, and has since helped the startup become one of the most recognized diagnostic equipment resellers in the United States.

DeLuca, who has worked in the automotive industry for decades, said the company, which started at home, first started as an independent reseller of Autel products in the United States. His business was taken over by the Chinese company and Autel US became the official North American branch of the company. Shortly after, DeLuca hired Chloe.

“Chloe was more than a secretary, but she ran the office,” he said. Now, with Hung at the helm, DeLuca said the company and its future are in good hands.

“She’s hardworking, very smart and can make quick decisions on the go,” he said. “She also knows the industry. She knows what technicians need.”

As the company continues to expand, Hung said she hopes the company maintains its “team dynamic” and can take the company to a higher level of brand awareness in the years to come.

“My hope is to take the company public in the United States,” said Hung, who is aiming for an IPO within the next five years.

Expansion for Wrexham-based leader in vehicle diagnostic tools and automotive…