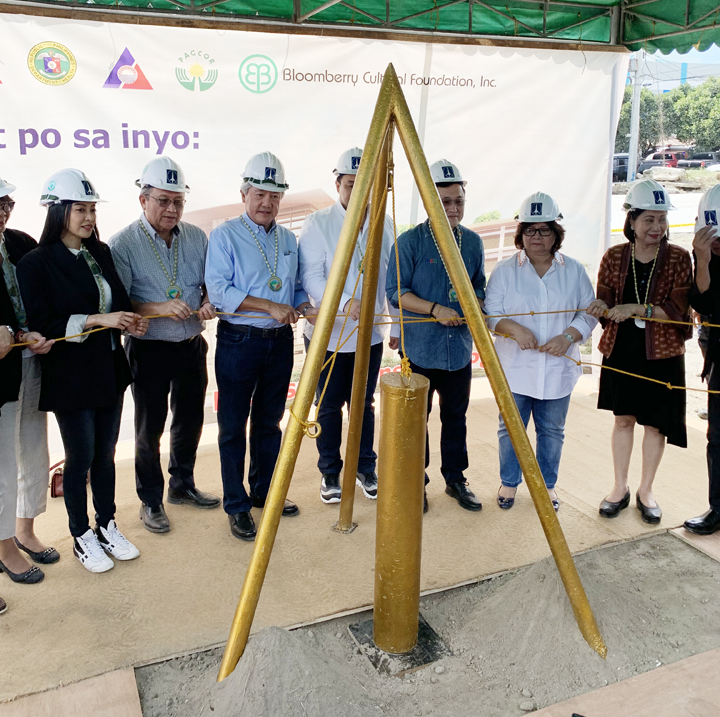 Presidential Assistant and Senator Christopher Lawrence “Bong” Go, who was the guest of honor, led the capsule placement ceremony for the P500 million OFW hospital and diagnostic center to be built on a 2 hectare plot at the provincial engineering office complex in Barangay Sindalan here.

Land space for the installation was donated by the provincial government.

The Senator was greeted by Governor Dennis “Delta” G. Pineda and Vice Governor Lilia “Nanay” G. Pineda, who were joined by Andrea Domingo, President of Philippine Amusement and Gaming Corp. (Pagcor), as well as by the Overseas Workers Welfare Administration. (OWWA) Deputy Administrator Mocha Uson, DMCI President and COO Jorge Consunji and senior officials from the region’s Ministries of Health (DOH) and Labor and Employment (DOLE).

Governor Pineda expressed his deep gratitude to DOH, DOLE, OWWA, Pagcor and Bloomberry Cultural Foundation for funding the construction of the hospital.

“Today we will see the start of this project,” the governor said in the Philippines, greeting Consunji of DMCI and pointing to heavy equipment parked in the area ready for work.

It may be remembered that the former Speaker of the House, Gloria Macapagal-Arroyo, led the hospital’s inauguration on Labor Day last year with the then governor. Lilia G. Pineda.

Construction of the 500 million peso hospital will also be backed by Bloomberry businessman Enrique Anselmo Klar Razon Jr., while Pagcor will provide hospital equipment worth 200 million pesos with full backing. of DOLE, OWWA, DOH and Philippine Health and Insurance Corp.

The hospital will have a capacity of 100 beds, equipped with dialysis and cancer centers, and is expected to be completed in 2021.

The hospital aims to meet the medical needs of OFWs and their immediate families free of charge, Go said.