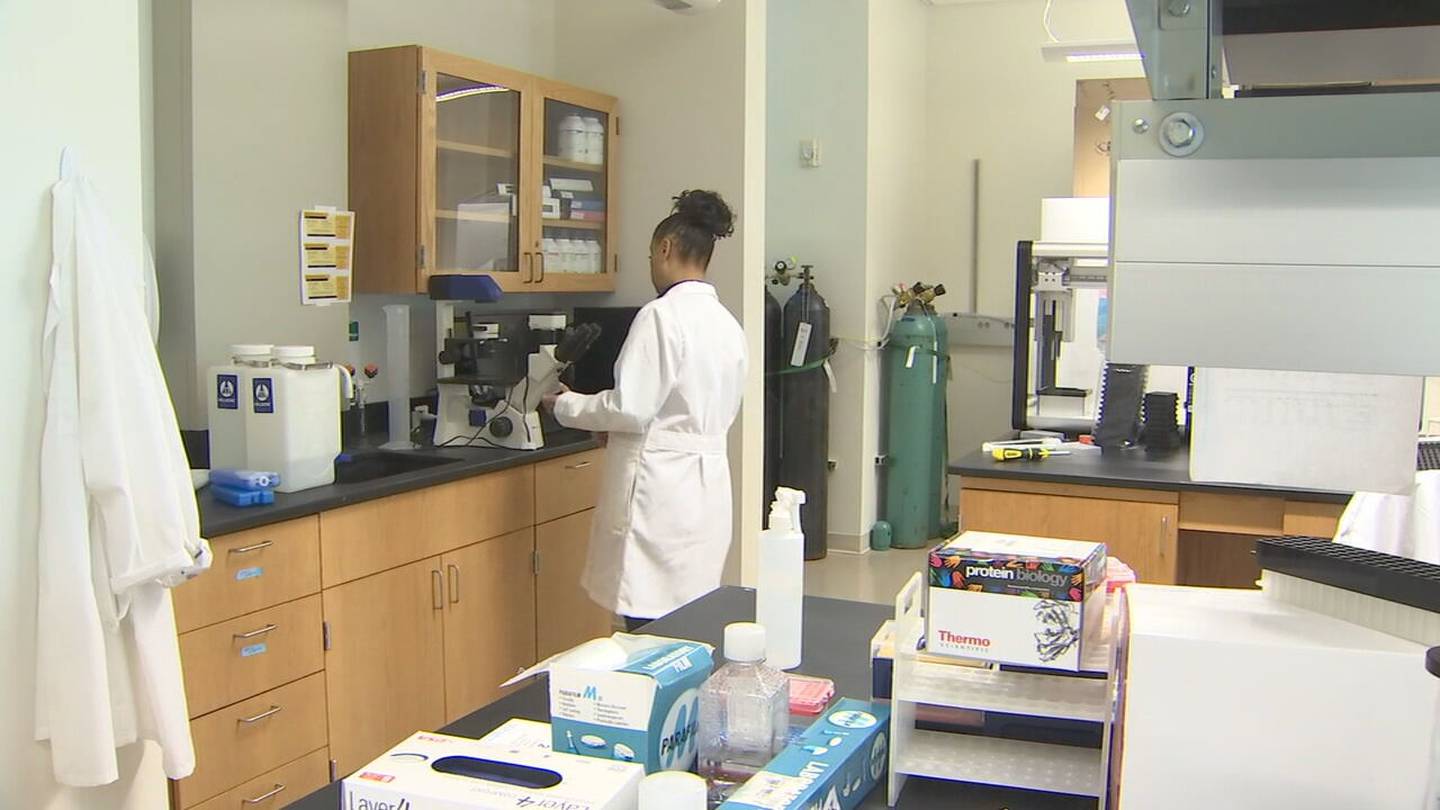 Each year, some 330,000 women in the United States will learn they have the disease, as will about 3,000 men. And the National Breast Cancer Foundation estimates that the disease will kill around 44,000 people in 2022.

Catching breast cancer early is the goal of Brigham and Women’s new Breast Imaging and Diagnostic Center, located at Faulkner Hospital. The Center, which just opened on the fifth floor, replaces an old hospital facility. It not only offers state-of-the-art diagnostic equipment, but also soothing color palettes and, for the first time, comforting views of foliage.

“So now we have a great view of Arnold’s Arboretum, where in the past we looked at a parking lot,” said Dylan Kwait, MD, chief radiology officer at Faulkner. “And it all helps reduce anxiety for what, for most women, is an anxiety-provoking experience.”

It’s an experience some women haven’t had in a while — and it worries clinicians.

Kwait said the mammogram embargo lasted about six months — and even today, nearly two years later — doctors are still catching up on those tests.

“The number of women coming back to us now for screening mammograms who may have missed them during the pandemic is very high,” Kwait said.

Kwait said Faulkner had a history of dealing with women’s health, with the first breast diagnostic center established at the hospital more than 50 years ago.

“It was a novel idea at the time,” he said. “No one was really bringing together experts in breast imaging with experts in breast surgery, breast pathology and the other disciplines involved in the treatment of breast cancer.”

Although the new center emphasizes diagnosis and treatment, the tools have evolved.

“We’ve come a long way with our imaging technology,” Kwait said. “We offer 3D mammography (also known as breast tomosynthesis). It’s basically a technology that allows us to scan through all of the dense breast tissue and helps us identify small breast cancers early on that we wouldn’t otherwise be able to see with traditional mammography.

If cancer is detected, the new center offers something else on-site: the YMCA’s “Live Strong” program, designed for cancer survivors.

“You are introduced to this new world of experiencing this disease,” said David Shapiro, CEO of YMCA of Greater Boston. “People are looking for themselves, but right now they’re facing something they’ve never faced before. And having a new identity. What does it mean to be a survivor?

When it comes to breast cancer, a survivor is usually someone whose tumor was detected early.

In fact, the National Breast Cancer Foundation estimates a 99% 5-year survival rate if the cancer is detected and treated before it spreads beyond the breast.