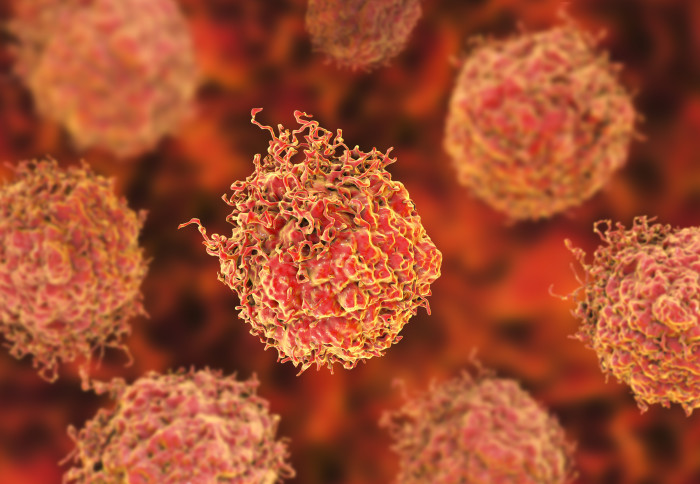 The team, from Imperial College London and Imperial College Healthcare NHS Trust, will explore whether a new type of magnetic resonance imaging (MRI) can detect signs of prostate cancer faster than current methods . They will also assess whether new imaging technology to help doctors perform targeted prostate biopsies is more effective at detecting prostate cancer than traditional biopsies. If successful, the team hope the new technology will be more accurate and faster at diagnosing prostate cancer, and they estimate it could save the NHS £15million a year.

Funded by Cancer Research UK, the work is led by Professor Hashim Ahmed, from the Department of Surgery and Cancer, Imperial College London, who is a consultant in urologic surgery at Imperial College Healthcare NHS Trust. Prostate cancer is the most common cancer in men in the UK with around 52,300 new cases diagnosed each year. It develops when prostate cells grow out of control. Prostate cancer grows slowly and symptoms such as blood in the urine do not appear until the disease has developed. It usually affects men over 50 and often men with a family history of the disease. Black men are disproportionately affected by the disease, and deaths from prostate cancer have now exceeded those from breast cancer.

One of the main ways to diagnose prostate cancer is a special type of magnetic resonance imaging (MRI) called multiparameter MRI (mpMRI), which helps doctors see if there’s cancer inside prostate and how fast the cancer is likely to grow.

The procedure involves an injection of a dye called gadolinium through a small plastic tube into a vein in your arm. This helps to show the organs of the body more clearly. However, this method can have side effects such as anaphylactic shock – a rare but serious allergic reaction – and the dye can deposit in brain tissue. The scan also takes 40 minutes and costs £350-450. The administration of gadolinium requires additional medical supervision due to the risk of anaphylactic shock. This puts additional strain on staff resources and may cause patients with suspected prostate cancer to wait longer to be seen.

One arm of the new trial will examine the effectiveness of using bi-parametric MRI (bpMRI), a shorter type of MRI that uses the same machine to image the prostate to detect signs of cancer. Instead of 40 minutes, it takes 15 minutes and does not involve a gadolinium injection and costs £200. Previous studies have indicated that bpMRI may be as accurate as mpMRI in detecting prostate cancer. However, these studies involved a small number of patients.

If successful, the new method could save the NHS money and allow more men to be scanned. Professor Hashim Ahmed Chair of Urology in the Department of Surgery and Cancer at Imperial College London and Consultant in Urological Surgery at Imperial College Healthcare NHS Trust.

Professor Ahmed said: “Cases of prostate cancer are increasing every year and it is expected that 250,000 men will be diagnosed with this disease every year by 2030. MRI scans are one of the ways to detect cancer prostate cancer, but current scans are time consuming and require a doctor to be present About one million MRI scans will eventually need to be performed each year Our trial will assess whether bpMRI, which is much faster, can detect cancer as effectively as current scanning methods.If successful, this new method could save the NHS money and allow more men to be scanned.

Men who have a suspicious MRI are referred for a biopsy, which involves using fine needles to remove small samples of tissue from the prostate. This is then examined under a microscope to look for cancer. The current method relies on a physician’s judgment to indicate where to place the biopsy needle. This could mean cancers are missed because samples may be taken from an area that does not contain the cancer.

The second part of the trial will use image fusion technology, which merges MRI and ultrasound images of the prostate to help identify the target area for biopsy. The technology is able to guide the biopsy needle with an accuracy of two to three millimeters. Experts believe this technology may be more accurate at detecting prostate cancer than traditional methods, but no large studies have been conducted before to confirm this.

Professor Ahmed added: “Current biopsies require doctors to estimate where to deploy the biopsy needle in order to take tissue samples. This means that a section of tissue can be taken that does not show cancer and it can be missed. Therefore, we need to look at methods that can improve the accuracy of biopsies. We will also investigate whether image fusion technology could improve prostate cancer detection. We need to be sure of the value of image fusion for the NHS, as it will cost a lot of money to buy the technology for each hospital.

“Funding for these trials will allow us to test these new methods and see if they could help improve the ways we detect and diagnose this disease so that we can help more men.”

Professor Ahmed and his team will recruit up to 3,600 men for prostate assessment using comparative interventions – Rapid MRI and Image Fusion Trial for Cancer (PACIFIC) at Charing Cross Hospital , which is part of Imperial College Healthcare NHS Trust. Up to 30 NHS hospitals will also participate. The PACIFIC trial will assess whether bpMRI can be just as effective in detecting signs of prostate cancer as mpMRI. The team will randomly divide the men into two groups; one will receive a bpMRI and the other an mpMRI. The second part of the trial will focus on men who have a suspicious MRI and require a biopsy. These men will be randomized into two groups; these men will receive a traditional biopsy or a biopsy using image fusion technology. The team will then compare the results of the different groups.

Everything you need to know about automotive diagnostic tools