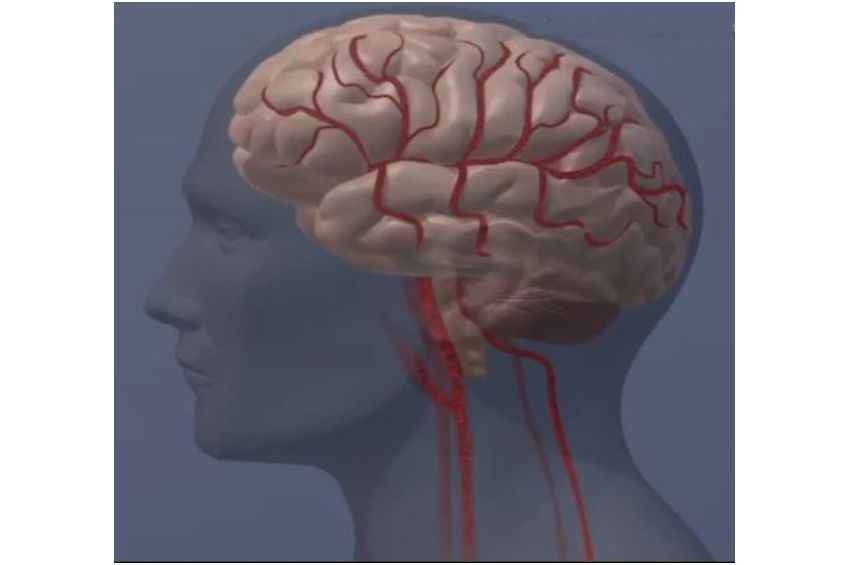 Fatty deposits (plaque) can build up in the arteries, causing them to narrow (stenosis). Narrowed arteries in the carotid artery (in the neck) can cause an ischemic stroke, which occurs when a vessel that supplies blood to the brain is blocked by a clot. Almost 87% of all strokes are ischemic strokes.

“Between 2% and 5% of strokes occur each year in people without symptoms, so better and earlier detection of stroke risk is needed,” said study lead author Hsien-Li. Kao, MD, interventional cardiologist at National Taiwan University Hospital in Taipei, Taiwan.

“It was an exciting ‘eureka’ moment for us,” Kao said. “Existing diagnostic methods – ultrasound, CT scan and MRI – require screening with specialized medical imaging equipment and personnel. Analyzing video recorded on a smartphone is non-invasive and easy to perform, so it may be an opportunity to increase screening. Although more research and development is needed, motion recordings and analysis can be implemented remotely, or a downloadable app may even be feasible.

The arteries in the neck are just below the surface of the skin, and changes in the speed and pattern of blood flow through them are reflected in the movement of the overlying skin, Kao explained. However, these differences are too subtle to be detected with the naked eye.

This study, conducted between 2016 and 2019, used motion magnification and pixel analysis to detect minute changes in pulse characteristics on the skin’s surface captured in a smartphone video recording.

A group of 202 Taiwanese adults (mean age 68; approximately 79% male) who received care at a single Taiwanese hospital participated in the study. Of the participants, 54% had significant carotid artery stenosis, meaning they had at least 50% blockage previously diagnosed by ultrasound, while 46% had no significant stenosis. The recordings were captured with the participants lying on their backs with their heads tilted back in a custom-made box that minimized outward movement. A 64GB Apple iPhone 6 was mounted to the box to capture a 30-second video recording of the person’s neck. The older generation phone was used because researchers believed it would be more common for the average user, Kao said.

The researchers found that the video motion analysis algorithm had an 87% accuracy rate in detecting stenosis in the group known to have carotid artery stenosis. All study participants also underwent standard Doppler ultrasound to confirm narrowing of their arteries and to assess and validate estimates from video motion analysis.

“Further research is needed to determine if recorded video on smartphones is a promising approach to help speed up and increase stroke detection,” Kao said. “Carotid artery stenosis is silent until a stroke occurs. With this method, clinicians may be able to record a video of the patient’s neck with a smartphone, upload the videos for analysis and receive a report within five minutes. Early detection of carotid artery stenosis can improve patient outcomes.”

There were several limitations to the study, including the small number of study participants, all of whom were considered to be at high risk for a cardiovascular event. Also, the length and angle of the neck were not analyzed, which may affect the results of the video analysis. Skin color is not likely to hinder applications to a wider population since a standard lighting method was used for this assessment, according to Kao.

The study was funded by the Taiwan Ministry of Science and Technology.

/Public release. This material from the original organization/authors may be ad hoc in nature, edited for clarity, style and length. The views and opinions expressed are those of the author or authors. See in full here.