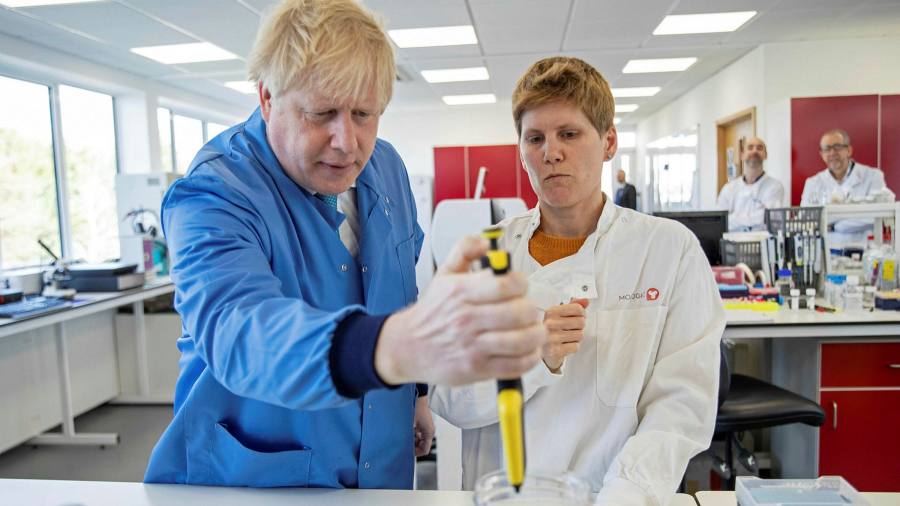 Soros and Gates back buyout of UK diagnostic technology group

Philanthropists George Soros and Bill Gates are part of a consortium that buys a UK developer of testing technology that they plan to turn into a social enterprise capable of rapidly and inexpensively diagnosing tropical diseases in low-income countries.

The group, led by the Soros Economic Development Fund, will invest at least £ 30million in Mologic, a developer of lateral flow tests, including those used for Covid-19.

In an unusual deal, Mologic, a for-profit company based in Bedford in the south-east of England, was purchased so that it could focus on manufacturing low-cost diagnostics for tropical diseases such as dengue and river blindness.

Mologic was co-founded by Professor Paul Davis, one of the creators of the original ClearBlue pregnancy test, and his son Mark. It will be renamed “Global Access Health”.

Mark Davis, Managing Director of Mologic, said it was time for people to put Africa first, not to leave it as “Ariadne’s sons”.

“The only way to do more was to disconnect from the unbridled profits,” he said.

He said a rapid antigen test was a “fantastic piece of very simple technology, where all the intellect is hidden in plain sight”. Precision rates were improving dramatically and could eventually approach those of molecular tests, he added.

Along with SEDF, the investment arm of Soros’ Open Society Foundations, the Bill & Melinda Gates Foundation is also supporting the takeover of the British company whose current owners are Foresight Group LLP and Calculus Capital. Other philanthropists also participate.

Sean Hinton, managing director of SEDF, said the new company would try to address a “classic market failure” in which the industry had failed to make testing widely available in low-income countries. Instead, he had focused on a “high cost, high impact” physician-led model in developed economies that could not be easily replicated across the world, he added.

Describing it as a “buyout for good,” Hinton said the Mologic deal was the first time the foundation has used this model. “We took out the venture capital, removed the need for return on equity, but it will continue to operate like a business,” he said.

Mologic worked with a Senegalese research institute to test a 10-minute Covid-19 diagnostic, with the goal of ultimately doing it for $ 1. Its sister company Global Access Diagnostics, also a stake in the buyout, has received millions of pounds in funding from the UK to expand manufacturing of the Covid-19 lateral flow tests.

The company’s Covid-19 tests have received CE certification, so they can be deployed by a professional in Europe, but are not yet adopted by Public Health England or approved in the United States.

Covid-19 has shown how lateral flow diagnostics can be used far beyond pregnancy tests, inexpensively to track infectious disease.

Dan Wattendorf, director of innovative technology solutions at the Gates Foundation, said the pandemic had been a “bugle call” about the importance of access to diagnostics. He said if Mologic’s social business model is successful, its use could be explored in other areas.

“The community’s lack of access to affordable and effective diagnostics for COVID – or other high-risk diseases – results in an inability to detect the disease and allocate resources to break chains of transmission,” did he declare.

Diagnostic technology is great … until it isn’t